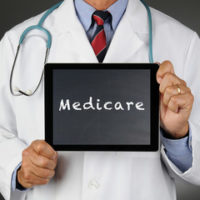 Plaintiffs in medical malpractice lawsuits won a recent victory in the federal appellate court that covers West Virginia. Continue reading to learn about how you can sue for late payments and reimbursements to Medicare under the Medicare Secondary Payer Act and contact an experienced medical malpractice attorney with any questions.

In a case called Netro v. Greater Baltimore Medical Center Inc., the plaintiff was the named personal representative of her mother’s estate. She brought a malpractice lawsuit in state court against Greater Baltimore Medical Center Inc. (GBMC) on behalf of her now-deceased mother, accusing GBMC of negligent care. When she won, per federal law, GBMC was then liable for payments Medicare had made for her mother’s treatment. GBMC did not immediately pay. The plaintiff then brought a lawsuit in federal court to collect the money owed to Medicare and to herself under the Medicare Secondary Payer Act (MSP Act), 42 U.S.C. § 1395y, which allows someone to sue for double damages if a losing defendant “fails” to reimburse Medicare.

Court finds that representative has standing to bring collection lawsuit

On appeal, the Fourth Circuit Court of Appeals held that the plaintiff did have standing to sue. For standing, a court asks whether a plaintiff has an “injury in fact,” which was “fairly traceable” to the defendant’s conduct, and is likely to be resolved by a court’s judgment. GBMC argued that the plaintiff had no real “injury” because the money it owed to the plaintiff was actually owed to the government, as the plaintiff was suing to collect money needed to reimburse Medicare for the mother’s treatment. The Court disagreed, finding that GBMC still owed that money first to the mother’s estate, represented by the plaintiff, even if the plaintiff would have to immediately pay it to the government. Further, the Court emphasized that standing to sue is determined at the time of the complaint, so it was irrelevant that GBMC later paid and took away the plaintiff’s injury.

The Court upheld the trial court’s order in favor of GBMC, however, because it agreed that GBMC’s delay in paying the judgment did not count as a “failure to pay.” Despite the outcome in this particular case, the decision still sets a favorable precedent for future injury victims seeking to recover money owed for Medicare payments.

If you or a loved one have been the victim of medical malpractice in West Virginia, contact the effective and compassionate Martinsburg medical malpractice lawyers at Burke, Schultz, Harman & Jenkinson for a free case evaluation at 304-263-0900 or 304-LAWYERS.