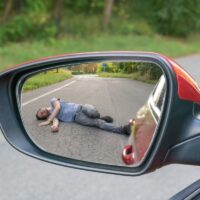 Drivers in West Virginia are required to stop, report the accident, and render aid after a crash that results in damage to a vehicle, injury, or death. Fleeing the scene of an accident is a crime, and the punishments are more severe if the accident involved injury or death. The reasons for the law are clear: Not only does fleeing the scene involve skipping out on the driver’s financial liability for the harm caused; it also puts the other motorists in severe danger. Fleeing the scene of an accident is likely to delay the emergency response, and an ambulance arriving several minutes late can be the difference between life and death. This proposition was, unfortunately, illustrated when a Martinsburg man fled the scene after an accident nearby Novak Drive over the summer. A young woman was killed in the crash. The hit-and-run driver was recently arrested and charged in connection with the crash. Continue reading to learn about the details of the accident and the charges, and contact an experienced Martinsburg injury lawyer for help after a car accident in West Virginia.

Around 10:45 p.m. on June 13, police responded to the 900 block of Novak Drive, near the Eastern West Virginia Regional Airport, based on reports of an injured person. Police arrived to find an unresponsive young woman with several serious injuries including road rash. The only vehicle on-site at the time belonged to the victim, a 27-year-old Martinsburg woman. First responders pronounced the woman dead at the scene.

According to police, the at-fault driver (a 22-year-old man from Martinsburg) returned to the scene sometime later, while the police were still investigating. When asked why he left the accident, he told the police that he “wanted to pull off to a safe area,” which he claimed justified driving another half mile to a parking lot. He claimed that he was distracted by the victim’s vehicle being pulled off the road with its hazard lights on and that he knew he hit something while passing the vehicle, but did not know what he had hit. Police have since countered that there were a number of safe places to pull over that were closer to the scene. Moreover, a third party called 911, not the Martinsburg man.

In October, the driver was arrested and charged with a felony for leaving the scene of a fatal car crash without stopping, rendering aid, or reporting the accident. He’s being held on $15,000 bail and faces a fine of up to $5,000 and up to three years in prison on the hit-and-run charges.

Hit-and-Run Accidents Are Dangerous, On the Rise

GET HELP WITH YOUR MARTINSBURG CAR CRASH INJURY CLAIM

If you or someone you care about has been hurt by a negligent or reckless driver in West Virginia, call the seasoned and talented Martinsburg personal injury attorneys Burke, Schultz, Harman & Jenkinson at 304-263-0900 or (304) LAWYERS for a free consultation.