All New Teslas to Have Self-Driving Capabilities after Software Update 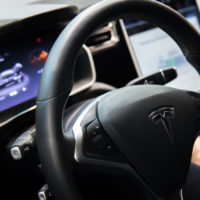 For the past several years, the capabilities of self-driving vehicles have been skyrocketing, leading to the availability of self-driving technology before laws and safety testing were able to catch up. Now, Tesla is on the cusp of making all of its newly-manufactured vehicles capable of driving themselves, and some safety organizations are concerned.

CEO and Tesla founder Elon Musk has recently announced that all recently-released Tesla models will soon have self-driving capabilities, after an upcoming software release that is expected before the end of the year. Among the new features that will become activated by upcoming software releases is the ability to summon the vehicle from the garage or to send the vehicle to the garage at the end of the ride. Cars will also be able to shift lanes without driver input, change to a different highway, exit the highway, and adjust speed to accommodate the current roadway conditions. Tesla calls these self-driving features “Enhanced Autopilot,” though Tesla representatives have insisted that Tesla owners understand that they must nevertheless remain attentive while behind the wheel. A beta-tested version of this self-driving system has resulted in at least three auto accidents, including one fatality, but Musk asserts that the flaws in the software which caused these accidents has been fixed.

Some safety groups have been highly skeptical about the safety of the self-driving technology and have implored Tesla to spend more time testing the feature before rolling it out to the public at large. “In the long run, advanced active safety technologies in vehicles could make our roads safer. But today, we’re deeply concerned that consumers are being sold a pile of promises about unproven technology,” said safety and consumer advocacy nonprofit Consumer Reports vice president Laura MacCleery. Consumer Reports has been particularly vocal in calling for self-driving features to be limited until they can be honed and improved.

In particular, Consumer Reports takes issue with the confusion it believes Tesla spreads among drivers by, on the one hand, touting the car’s hands-free autopilot abilities, and on the other hand, stating that drivers must remain engaged with the driving process. “‘Autopilot’ can’t actually drive the car, yet it allows consumers to have their hands off the steering wheel for minutes at a time. Tesla should disable automatic steering in its cars until it updates the program to verify that the driver’s hands are on the wheel,” said MacCleery. In Consumer Reports’ test drives of Tesla vehicles, its researchers found that drivers could have their hands off the wheel for over three minutes before the car alerted the driver.

If you’ve been hurt behind the wheel in West Virginia, see if you may have a claim for money damages stemming from your injury and contact the Martinsburg personal injury lawyers at Burke, Schultz, Harman & Jenkinson for a free consultation on your case, at 304-263-0900.