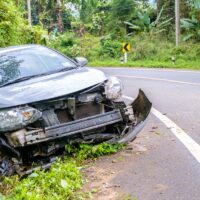 A tragedy occurred on Interstate 81 on a recent Thursday when two individuals were killed while trying to help the victims of a multi-vehicle car accident. The Berkeley County Sheriff described the accident as “one of the worst [situations] I have seen in my career.” Continue reading for details about the multiple crashes that lead to the deaths of the good Samaritans, and if you or someone you care about has been injured in an accident in West Virginia, call a dedicated Martinsburg car accident lawyer for help with your claims.

Truck Drivers Help out After Crash, Are Struck in Second Accident

Two accidents occurred near the 19 mile marker of I-81 at around 7:20 a.m. on a recent Thursday morning. As reported by officials, the first accident involved two passenger vehicles and a parked tractor-trailer. An Infinity passenger car struck the parked truck and was then itself hit by a Hyundai SUV, causing the Infinity to be wedged underneath the trailer of the parked vehicle. Both vehicles had been traveling southbound on I-81 prior to the incident when they lost control of their vehicles and crossed a grass median before resting at their respective points of impact.

After the initial accident, several motorists stopped to render aid to the accident victims. At that point, a Nissan Pathfinder also heading southbound similarly lost control, traveled through the grass median, and struck the same tractor-trailer. The Nissan also struck two pedestrians, truck drivers who had stopped to help the original accident victims. The two pedestrians, identified as a 53-year-old man from Hagerstown and a 46-year-old man from Ontario, Canada, sustained severe injuries and were ultimately pronounced dead at the scene.

The operator of the Nissan, a 47-year-old Martinsburg man, was taken to a hospital with life-threatening injuries. Although the Infinity involved in the original accident was significantly trapped by the tractor-trailer, no severe injuries were sustained in that vehicle.

Who Is Liable for Injuring the Good Samaritans?

Many people have heard of so-called “good Samaritan laws.” These laws are usually enacted for the benefit of people who help out victims in an accident or another dangerous situation, meant to protect them from liability. If a good Samaritan stops to help someone out of a crashed vehicle and accidentally injures the victim even more, a good Samaritan law would prevent the accident victim from suing the good Samaritan for their additional injuries. Instead, all injuries that foreseeably result from an accident (including botched rescue attempts by civilians) are attributable to whomever caused the accident in the first place.

The unfortunate incident at issue here is of a different type. The good Samaritans did no additional harm to the additional victims, and instead were themselves harmed. In this instance, the good Samaritans would have all rights of a typical accident victim in a pedestrian accident concerning the vehicle that caused them injury in the second accident. They (or in this case, their families) can bring claims against the driver of the second vehicle that struck the tractor-trailer involved in the first accident.

The families might also have a claim against the original driver who caused the first accident. Typically, personal injury defendants are liable for any damage that is a foreseeable result of their actions. The families of the good Samaritans might be able to argue that it is foreseeable in any car accident for people to stop and help out, and in doing so put themselves in danger. In any event, the facts in an accident like this are complex, and it can be difficult to sort out complicated issues like legal liability.

If you or someone you care about has been hurt by a negligent driver in West Virginia, call the passionate and dedicated Martinsburg personal injury attorneys Burke, Schultz, Harman & Jenkinson at 304-263-0900 or (304) LAWYERS for a free consultation.