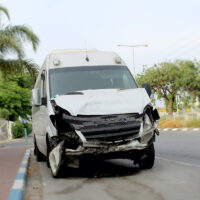 After a car accident, it’s important to determine who was at fault. If you’ve been injured, you need to establish who can be held responsible and whose insurance coverage will pay for your medical bills and other damages. When the responsible party is a company, rather than an individual, you may be eligible for a substantially greater personal injury reward. Corporations tend to have much better insurance coverage than individual drivers. If you were hit by a commercial vehicle, when can you hold the company that owns or operates the vehicle liable? Continue reading to learn about fault and liability after a commercial vehicle accident. If you’ve been injured in an accident with a company car in West Virginia, call a knowledgeable Martinsburg commercial vehicle accident lawyer for advice and assistance.

When determining fault after an accident involving a freight truck driver, a livery driver (taxis, limousines, etc.), a delivery driver, or any other commercial vehicle, the first part of the analysis is the same as with any other car crash: What led to the accident? In order to determine who will ultimately be held responsible for the medical bills, property damage, and other damages incurred by accident victims, the parties will need to determine how the accident occurred.

If the accident was caused by the actions of another driver who was not employed by the company that owned the commercial vehicle, then that driver was at fault and may be held liable. Insurance companies, attorneys for any injured victims, and other parties will assess whether that driver was negligent (for example, by driving while distracted or intoxicated) and, if so, whether their negligence caused the accident. The fact that one of the vehicles involved was a commercial vehicle or driven by a professional in the middle of a job does not change that initial analysis. If someone else was at fault, that other party can be held liable; the commercial driver is not liable by default.

If the commercial driver was, however, the party who caused the accident, then the analysis continues. Depending upon the circumstances of the accident and the nature of the driver’s duties at the time of the crash, the individual driver and/or their employer may be held liable. Commercial drivers are often subject to additional regulations beyond the typical rules of the road applicable to other drivers; violation of those safety regulations may be grounds to hold the commercial driver responsible for an accident.

Was the Commercial Driver on the Job at the Time of the Crash?

In West Virginia, employers are responsible for the actions of their employees. Under the legal theory known as “respondeat superior” or “vicarious liability,” when an agent of a principal (in this case, the employee of an employer) causes harm to someone else, the principal (the employer) may be held legally responsible. Employer liability turns on whether the employee was acting in the scope of their employment at the time of the accident.

Employers may also be held “directly” liable for personal injuries. If the employer itself was negligent, and that negligence contributed to the accident, then the employer is directly liable. For example, if the accident was caused by a faulty truck, and the freight company operating the truck failed to conduct regular maintenance on its vehicles, the freight company may be directly liable. In that instance, the company’s negligence (failure to maintain its vehicles) directly led to the traffic accident and the resulting injuries. Freight companies and other companies that employ commercial drivers or vehicles can be held directly liable for a number of reasons, such as if they violate safety regulations, fail to train their drivers appropriately, or hire unqualified drivers to operate their vehicles.

Call for Help With Your Martinsburg Commercial Driver Accident Claim

If you or someone you care about has been hurt by a commercial vehicle accident in West Virginia, call the dedicated and thorough Martinsburg personal injury attorneys Burke, Schultz, Harman & Jenkinson at 304-263-0900 or (304) LAWYERS for a free consultation.