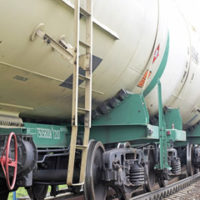 Under the Trump administration, train safety requirements have been rolled back, as the current data that prompted these changes is said to be faulty. In 2015, Mount Carbon, West Virginia, suffered one of the worst train crashes in modern U.S. history. A CSX Transportation train hauling 107 cars carrying millions of pounds of crude oil derailed, setting off multiple explosions and sending fireballs flying through the air. Twenty-six tankers derailed and 19 tankers were involved in the fire. In response to that derailment as well as several other crashes, the Department of Transportation under President Obama passed safety regulations requiring trains carrying explosive fuels to have better brakes installed. The DOT under the current administration recently rescinded those requirements. Read on for more about the DOT’s changes to train safety requirements, and contact a skilled West Virginia train accident lawyer if you or a loved one has been injured by the negligence of a train conductor or operator.

In 2015, in response to the Mount Carbon derailment and dozens of other accidents by trains carrying oil and ethanol in the U.S. and Canada, the DOT under President Obama enacted a series of rail safety measures. One of the regulations required that trains hauling explosive materials have electric pneumatic brakes (ECP) installed. ECP brakes work on all train cars simultaneously, rather than other systems by which brakes are applied sequentially along the length of a train. ECP allows trains to stop more quickly and across a shorter distance, limiting the likelihood of derailment and reducing the number of cars derailed.

Lobbyists for the railroad and oil industries opposed the rule, claiming that the costs of installing the ECP brakes outweighed the added benefits, and that their effectiveness was overstated. In response to these considerations, the DOT under the current administration determined to eliminate the ECP brake requirement for oil trains.

Critics say administration’s changes were based on inaccurate crash estimates

The DOT based its decision to cancel the previous oil train brake regulations on estimates of the amount of future damages expected based on train derailments that the ECP brakes could prevent. The Obama-era DOT had estimated the cost of installing the brakes at up to $556 million over 20 years and the potential savings at between $470 million and $1.1 billion from avoiding future accidents. The Trump-era DOT reduced the estimated benefits to between $131 million and $374 million.

A review of federal documents by the Associated Press recently determined that the government’s analysis omitted as much as $117 million in estimated future damages from its analysis, prompting renewed criticism from safety advocates and other supporters of the Obama-era rule. The estimate left out the most common type of derailments, involving spilled or burning fuel causing property damage but no mass casualties.

The DOT acknowledged its mistake and intends to publish a correction to the agency’s findings in the federal register, but it does not intend to reinstate the rule. A DOT spokesperson claimed that even with the corrected estimate, the costs of installing the new brakes outweigh the potential benefits. Critics claim that money damages are not the only consideration, citing the frequency of runaway trains and the severity of train-on-train collisions.

If you or someone you love has been hurt by a negligent train conductor or operator in West Virginia, contact the Martinsburg personal injury lawyers Burke, Schultz, Harman & Jenkinson for a free case evaluation at 304-263-0900 or 304-LAWYERS.