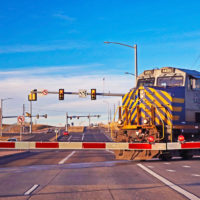 While not the most common type of vehicle accident across the country, railroad accidents are still a regular occurrence. Whether due to negligence in the operation of the train (improper switch error, signal and communication error, broken tracks, etc.), or negligent driving, train accidents are serious and often deadly affairs. Union members and safety advocates believe that additional manpower can reduce the incidence of train malfunctions, as freight company owners try to limit crews to a single person manning an entire train. The federal agency responsible for railway regulation just issued a notice withdrawing a safety rule proposed under the Obama administration. Read on for details about the scrapped safety regulation, and contact our knowledgeable West Virginia train accident lawyers if you’ve been hurt in a train crash or derailment.

The current federal administration has been doggedly loosening safety regulations across a wide range of federally-regulated arenas. In March 2016, the Federal Railroad Administration (FRA) proposed a rule that would have required a minimum of two workers to crew the majority of freight and passenger railroads. The rule was linked to then-recent accidents in Canada and the United States that had killed a number of people.

The proposal was met with criticism by the Association of American Railroads (AAR) which claims that advanced train control technology currently being implemented would make the second crew member unnecessary. The proposal was wholeheartedly supported by transport trade unions. Of the roughly 1,600 comments received by the FRA for the proposed rule, 1,545 supported the rule and only 39 were against it. The vast majority of the comments in support of the rule were individuals who identified themselves as current or former railroaders.

Two years later, the FRA just announced its decision to withdraw the proposed rule. The FRA claims that the rule is not necessary to address safety concerns, based on data provided by industry groups like the AAR. Labor union representatives criticized the withdrawal, claiming that the lack of a two-person minimum puts workers and other people at risk.

Additionally, the FRA administrator claims the new ruling “negatively preempts” any state law that sets a two-person minimum. West Virginia is among the states that has passed minimum crew requirements. Advocates intend to challenge the ruling in court, arguing states have the right to regulate the safety of their own railways.

The ruling comes as several train accidents occurred in recent weeks across West Virginia, including a police cruiser being demolished in South Charleston after getting stuck to a train track and a woman killed while walking along train tracks in McDowell County.

If you or a loved one has been injured in a train crash in West Virginia, contact the dedicated and experienced Martinsburg personal injury attorneys at Burke, Schultz, Harman & Jenkinson at 304-263-0900 or (304) LAWYERS for a free consultation.