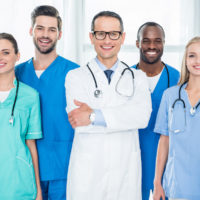 Few professions demand the attention and mental sharpness required of physicians and nurses. The smallest mistakes in calculating a dose or performing a procedure could have lethal consequences for patients. In fact, errors by medical professionals are believed to be the third-leading cause of death in the US. This pressure to perform at such a high level can have the unfortunate side effect of leading many doctors and nurses to turn to drugs and alcohol for an escape. Read on to learn about the role that substance use and abuse plays in the medical field, and contact a West Virginia medical malpractice attorney if you’ve been injured by a medical mistake.

High stress leads to triple the rate of substance use

Studies show that substance abuse among medical professionals is roughly parallel to what it is in the general population—between 6% and 10%. That said, doctors and nurses have been found five times as likely than the average person to use (rather than abuse) substances such as drugs and alcohol. These healthcare workers often explain that they turned to drugs and alcohol as a self-medication strategy for the anxiety and stress associated with their job. Since hospital workers have easy access to strong painkillers, there are higher rates of prescription drug use than that of illegal drugs or alcohol abuse.

Researchers studying the phenomenon of drug abuse among healthcare workers have found that, the higher the stress associated with the field of medicine, the higher the rates of substance abuse among workers in that field. For that reason, ER doctors have three times the rate of drug abuse than that found in the medical field on average. Nurses are also disproportionately represented among those who have been the subject of disciplinary action for substance abuse.

It is also worth noting that these statistics are largely based on information obtained from the National Practitioner Data Bank, where hospitals are obligated to report disciplinary incidents involving physicians and dentists, but only when the disciplinary action imposed lasts 30 days or more. If the person being disciplined is not a physician, where the penalty lasts less than 30 days, or where the physician voluntarily steps down, the action does not need to be reported. In other words, the true rates of substance use and abuse among physicians and nurses is likely to be much higher than reflected in official statistics.

When healthcare workers are intoxicated on the job, patients can suffer devastating injuries. In one incident, a nurse anesthetist who had used fentanyl on the job failed to inspect a patient’s oxygen hose during an emergency caesarian section. The patient was deprived of oxygen for five minutes during the procedure and suffered serious health consequences. In another case, a patient suffered massive blood loss and went into cardiac arrest during back surgery. The physician performing the surgery was found to be addicted to sedatives and had a history of being sued for malpractice, but the hospital nevertheless issued credentials for that doctor. The patient sued the hospital for improper credentialing and won a $12 million award of punitive damages from the hospital.

If you’ve been the victim of a devastating error committed by a West Virginia doctor, get help pursuing a claim for damages from aggressive, dedicated medical malpractice lawyers by contacting the Martinsburg personal injury attorneys at Burke, Schultz, Harman & Jenkinson for a free case evaluation at 304-263-0900 or 304-LAWYERS.