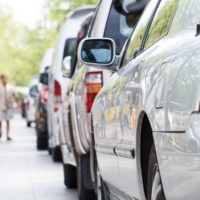 While finishing up the workday and heading home might be your favorite time of day, no one loves wading through crowded highways with hundreds of other drivers in order to get home. Having a large number of drivers on the road at once also means that crashes become much more likely during rush hour than at other times of day. Read on to learn more about rush hour accidents and their causes, and contact a West Virginia personal injury lawyer if you’ve been hurt in a rush hour collision.

Whenever more people are on the road, the chance of an accident rises. Rush hour happens to be a time of day when the most drivers are on the road at a single time, and thus it is the time that makes drivers most at risk for an accident. When analyzing data gathered by the National Highway Traffic Safety Administration, one company determined that drivers were most likely to be involved in a crash resulting in property damage and nonfatal injuries between the hours of 3 and 6 pm. One expert determined that 16% of all nonfatal crashes occurred during these hours.

Both morning and evenings yield heavy traffic full of commuters, so why is the risk of a crash so much greater during the post-work hours? Experts point to several reasons:

If you’ve been involved in a West Virginia rush hour accident, find out if you’re entitled to money damages through a personal injury lawsuit by contacting the dedicated and aggressive Martinsburg car accident lawyers at Burke, Schultz, Harman & Jenkinson for a consultation on your case, at 304-263-0900.