Can I Sue if My Doctor Disobeys My Wishes? 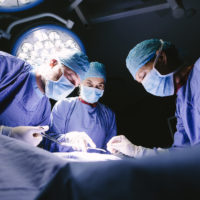 A lawsuit recently filed against West Virginia University raises interesting questions about patient consent and the perils of signing consent forms without a full understanding of the document. Learn about the lawsuit below, and contact an experienced West Virginia medical malpractice lawyer if you or a loved one has been injured by physician misconduct.

A patient recently brought a lawsuit against the WVU Board of Governors as well as two individual doctors based on treatment received at the Louis A. Johnson VA Medical Center and Camden Clark Medical Center (CMCC). The lawsuit alleges that the patient was suffering from bilateral inguinal hernias at the time and that he had a previous hernia repaired when he was young. He specifically told his doctors that he wanted the appropriate hernia repair procedure to be open, rather than laparoscopically performed, because he had previously had a bad experience with a laparoscopic procedure.

Laparoscopic procedures involve inserting a small fiberoptic instrument through an incision in the abdominal wall to visually examine the herniated area and then repairing the hernia with mesh. For open surgery, the patient will be put under general anesthesia and the doctor will push the hernia back into place before closing the weak area of the muscle with stitches. Both are currently accepted as appropriate, alternate means of repairing a hernia, and the decision as to which approach to take often depends on the nature of the hernia as well as the patient’s health.

The plaintiff claims that he was told to sign off on an electronic signature pad for the surgery but the medical staff did not tell him that the informed consent document he was signing authorized both laparoscopic and open procedures. He alleges that on the day of his surgery, he again informed his doctors that he needed an open procedure. The doctors ultimately performed a laparoscopic totally extraperitoneal surgery (TEP), a more complex and difficult procedure. As alleged, the third-year resident who performed the surgery injured the plaintiff’s bowel in the process, and the injury was not detected until the patient later went to the emergency department of CMCC. A CMCC doctor failed twice to repair the perforation. The perforation was not actually fixed until two years later when the plaintiff received care at the University of Pittsburgh Medical Center.

The plaintiff claims that both the initial surgery and the two botched repair jobs were below the standard of care and either caused or exacerbated his injuries. Further, West Virginia law protects patient decision-making. Doctors are not permitted to perform surgeries against the wishes of their patients, even if the patient is incapacitated at the time of the procedure (provided that the patient previously made their wishes known, such as through a living will). Unwanted surgeries may be grounds for a personal injury suit, especially if the surgery harms the patient. Whether the consent form signed by the patient eliminates any claim based on unwanted procedures will likely be a contested issue throughout the matter.

The WVU plaintiff brought the lawsuit in Harrison County state court but the case was recently removed to federal court. The outcome of the case may thus turn on the court’s interpretation of the Federal Tort Claims Act and other federal malpractice laws and jurisprudence.