When Can You Sue For Negligence in a Car Accident? 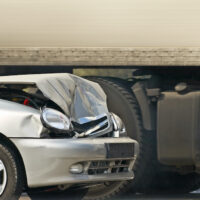 If you’ve been hit by a negligent or reckless driver, you might have a claim for damages. In order to recover compensation for your medical bills, property damage, pain and suffering, and other harm, you’ll need to file a claim against the other driver—either through their auto insurance company or against the driver directly. To file a lawsuit for damages, you’ll need to satisfy the required elements for a personal injury claim. For an explanation of when and how you can sue for negligence after a car crash, read on. If you’ve been injured in a car crash in West Virginia, call a seasoned Martinsburg motor vehicle accident lawyer for advice and assistance.

Proving Fault After a Car Accident

A minority of states utilize a “no-fault” insurance scheme for car accidents. In those states, if you are involved in a car accident, you file a claim under your own insurance policy, even if you were hit by another driver, and that driver was clearly to blame for the accident. In those states, a driver must take extra steps to be able to sue for negligence after a car crash.

Often, the at-fault driver’s insurance company will agree to pay damages to a car crash victim. If they refuse, however, either because they contest the amount of damages or they argue the victim was actually to blame, the victim will need to prove their claim in court. Under most circumstances, suing for damages after a car accident involves proving that the other driver was negligent or reckless and that their misconduct led to the accident.

For example, if you were hit by another driver, you might prove your claim by demonstrating that the other driver was texting while driving, that they ran a red light, that they were intoxicated while driving, or that they committed a combination of these behaviors. All of these behaviors are evidence of negligent driving, and if that behavior led to your car accident, then you can file a claim for damages against that driver. There is a wide range of conduct that may constitute negligence while driving, such as tailgating, speeding, failing to use a turn signal, or otherwise violating any traffic safety law or regulation.

There are many other procedural requirements to keep in mind when filing a claim for damages against a negligent driver. For example, there’s a time limit for filing your claims. Typically, victims of a car accident have two years from the date of the accident to file a lawsuit against the at-fault driver. Certain special factors may alter that time limit, such as if the victim was a minor, the at-fault driver was out of state or hiding for months or years, or the victim was in a coma and unable to bring a legal claim for some time.

If you’ve been hurt in a car crash with a negligent driver, an experienced car accident lawyer can help ensure you preserve your legal rights and maximize your recovery. Make sure to call a West Virginia personal injury attorney as soon as you can after your accident to ensure you do not miss out on the compensation you are owed.

Call for Help With a Martinsburg Reckless Driver Accident Claim

If you or someone you care about has been hurt by a negligent or reckless driver in West Virginia, call the accomplished and skillful Martinsburg personal injury attorneys Burke, Schultz, Harman & Jenkinson at 304-263-0900 or (304) LAWYERS for a free consultation.