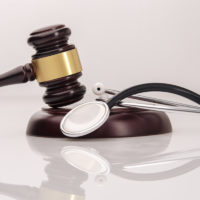 A court in Charleston, West Virginia has recently approved the manner of distribution of a settlement to victims of a dentist who is currently serving a federal prison sentence. Learn about the claims against the dentist below, and contact our experienced Martinsburg medical malpractice attorneys if you’ve been the victim of a dangerous West Virginia doctor.

One-time dentist Antoine Skaff operated a dentistry practice in Charleston for many years. According to a federal investigation, Skaff began overcharging Medicaid for dental services he performed. In some cases, Skaff committed the fraudulent practice of “upcoding” by billing Medicaid for more complicated procedures than what he actually performed, entitling him to a larger payout from West Virginia Medicaid. In other cases, he billed Medicaid twice for a single procedure.

Some of the nearly-8,000 acts of fraud that federal investigators believe Skaff committed involved inhumane conduct toward his patients. In a class action lawsuit led by a former patient, Skaff was accused of unnecessarily pulling patients’ teeth in order to receive a payout for the extraction from Medicaid. Skaff would also prescribe opioids to these patients in an attempt to further inflate his Medicaid claim. Sadly, many of these patients became addicted to the drugs. Between 2011 and 2015, at least two of these patients suffered nonfatal drug overdoses.

The lawsuit filed by Skaff’s former patient, Bobbie Waldron, was settled for $1.3 million. Patients who experienced unnecessary tooth extractions were entitled to a portion of the settlement ranging from $100 to $3,000, depending on the type of procedure performed by Skaff. Waldron, the original plaintiff, received $20,000 for her damages and her role in filing the class action suit. Over 12,000 former patients were contacted as part of the class action, but only a portion of those potential class members responded. The court recently approved of a plan to distribute the remaining settlement funds to West Virginia legal aid organizations, substance abuse treatment programs, and other local nonprofits.

Most doctors, dentists, and nurses are careful, responsible, and conscientious medical professionals. When a physician neglects to honor the oath they took to do no harm, victims can suffer life-altering injuries. In some cases, medical malpractice may be the result of a mere mistake, but in more complex cases, doctors and dentists may have acted deliberately in causing harm to patients. West Virginia victims of medical errors should always seek out seasoned medical malpractice lawyers for help with investigating their claims and seeking the full extent of the damages they deserve for their injuries.

If you’ve been hurt by an act of medical negligence in West Virginia, contact the knowledgeable and seasoned Martinsburg medical malpractice lawyers Burke, Schultz, Harman & Jenkinson for a free consultation at 304-263-0900 or (304) LAWYERS.