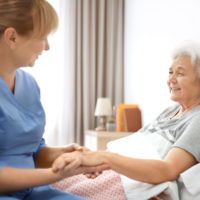 A recent opinion from the West Virginia Supreme Court of Appeals could affect the ability of many nursing home residents around the country to sue for abuse, neglect, negligence, or for any other reason. Read on to learn about the case and contact an experienced West Virginia nursing home abuse lawyer with any additional questions.

Check your nursing home contract for an arbitration agreement

Checking yourself or a loved one into a nursing home can be a complicated and stressful process, accompanied by mountains of paperwork, and it can be easy to miss important contractual details before signing everything. Like many companies in recent years, nursing homes often include arbitration agreements in their contracts. Arbitration agreements limit one or both parties’ right to sue in court, instead requiring that if a legal dispute arises, it must be taken to an arbitrator.

Arbitration is typically much better for the nursing home than for the patient, as it comes with more limited legal rights and remedies and prevents larger group lawsuits like class actions even if the company has harmed many people. A good nursing home abuse lawyer will often try to get the arbitration part of a contract invalidated in the hopes of going to court instead.

In AMFM LLC v. Shanklin, West Virginia’s state supreme court addressed the validity of a contract signed by the patient’s daughter. A daughter checked her mother into a nursing home and signed all papers on her behalf, as the mother had dementia. Three years later, the mother was checked out and died within a month. The daughter, on behalf of her mother’s estate, filed a wrongful death lawsuit against the nursing home, with allegations including neglect and abuse. The nursing home pointed to the arbitration agreement in the original contract, signed by the daughter, and sought to dismiss the lawsuit. The daughter argued that when she signed the contract, she did not have actual authority to sign on her mother’s behalf, as she had only an alternate durable power of attorney; the durable power of attorney (DPOA) named her brother as attorney-in-fact, and the power only passed to the daughter if the son was unavailable.

The court found that the daughter had been representing herself as being her mother’s DPOA for several years, making legal decisions including signing the nursing home contract and other medical decisions even after her mother left the nursing home, without the son’s knowledge or consent, and he had never exercised his DPOA rights. As a result, for the purposes of the arbitration agreement, the daughter was effectively the DPOA, and the agreement was deemed valid. The court ordered the suit be dismissed and arbitration compelled.

If you or a loved one have been the victim of nursing home abuse in West Virginia, contact the compassionate and knowledgeable Martinsburg personal injury lawyers at Burke, Schultz, Harman & Jenkinson for a free case evaluation at 304-263-0900 or (304) LAWYERS.